I don't often post much about the Dyna-Ski 20' Closed Bow models which are mainly purchased by water ski show teams. These groups use these specialty Dyna-Ski tow boats to pull acts in their shows. The boats usually are powered by two or three large outboard engines.  The number of skiers these boats are capable of pulling is amazing.  In this article you will see pictures of some of the official Guinness World Records that have been pulled so far. 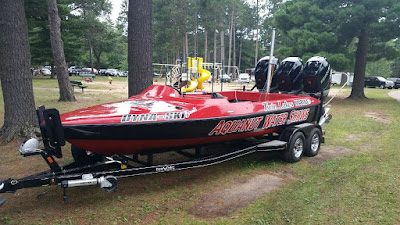 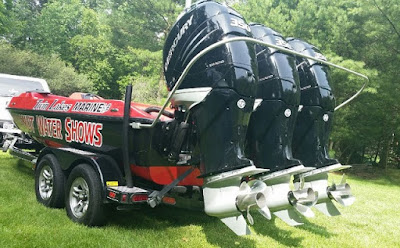 Dyna-Ski Tow boat that has pulled most of the records is powered by three 300 hp Evinrude G2 engines.  Badgerland Water Ski Show Team in Wisconsin's Dyna-Ski is driven by Jason Hook.
They have two triples and two twin Dyna-Ski Tow Boats. 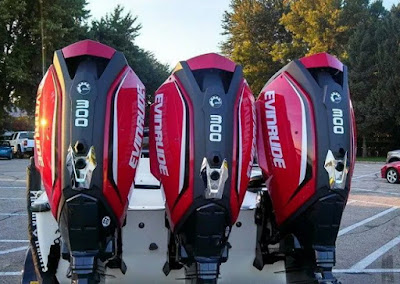 Guinness World Record 30 Barefoot Water Skiers
See the video and many others
https://www.youtube.com/watch?v=QGu0laCWFHI

40 Girl Ballet Line
See the video and many others at:
https://www.youtube.com/watch?feature=youtu.be&v=B6FlZ3x_sn0&app=desktop 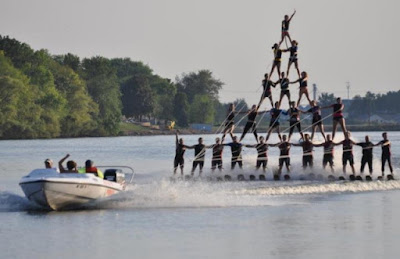 Beaverland Must Skis 5 High Human Pyramid
While not a world record there are not many ski teams that have done this dangerous pyramid. 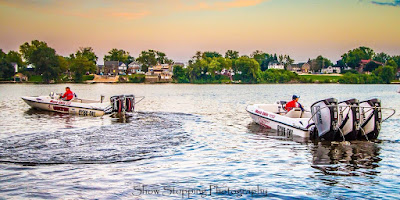 The same people that build these powerful water ski boats can build you a new Dyna-Ski Water Ski boat.  All the same types of materials and techniques are used to build all Dyna-Ski boats. We build them strong enough for this extreme use so we can build one for you that will last a lifetime.
Posted by Dyna Ski Pete at 6:11 PM